Top 10 Government schemes you must know

Lifestyle tips and tricks The government of India -the largest democracy in the world has designed and executed several schemes and plans to benefit the maximum citizens of the nation. Many of these schemes have been successful in bringing the greatest good for a large number of people. Let us take a look at them.

Top 10 Government schemes you must know

Top 10 Government Schemes You Must Know

The government of India -the largest democracy in the world has designed and executed several schemes and plans to benefit the maximum citizens of the nation. Many of these schemes have been successful in bringing the greatest good for a large number of people. Let us take a look at them.

Beti Bachao Beti Padhao - The Government of India has made some efforts in getting rid of the age-old misconception of the Indian society which deprives the girl child of her basic right for education. This is a program that aims at creating awareness amongst the downtrodden classes of the nation, especially, so that they can help their girls grow and learn for a better future of the nation and them alike. 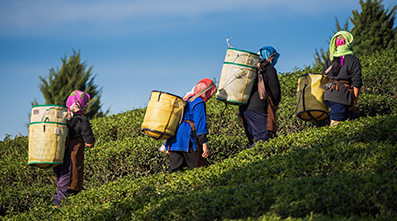 Swachh Bharat – This program has understood and aims at teaching people the basics of keeping their surroundings clean. The national leaders have aptly pointed out the point that only a clean nation can move towards a progressive future in the coming times.

Gobar Dhan Yojana – As per the makers of this scheme, the collected solid wastes of human and the animal can be used to create energy and fuel that can be used in a number of other purposes. This is a program that is in sync with Swachh Bharat Yojana that aims at open defecating in the fields and other places in the open.

Solar Charkha Mission – The national leaders of the country were quick to realize that the small artisans and the craftsmen of the country have a huge economic potential. Therefore under the scheme of the medium and the small enterprises, the artisans of the northeast have been granted special help.

National Bamboo Mission – Some considerable financial aids were extended so that the industry of bamboo production and its various related industries could be saved for future economic growth.

Pradhan Mantri Awas Yojana – Under this scheme, the government aimed to give all the poor and the houseless their own houses by the end of 2022.

Transformation Of Aspirational Districts Programme – This is a program on the part of the government due to which the rural and the backward regions and districts of the nation could be developed and could be better linked with the other urban centres of the nation. Uplift of the roadways and the communication systems is a major concern here.

Operation Green – Witnessing the recent dilapidation of the farmers and the cultivator class of the nation, the government has launched this program that could be financial aids to the farmers in distress. This can also help to control the fluctuating prices of eatables such as onions and potato.

Pradhan Mantri Jan Dhan Yojana – This is a program that aims at making basic financial transactions and savings a simple and easy option for one and all.

The government has many more such plans in its pipeline. Execution and implementation of them might take up some time, but otherwise, a better future of the country and its people is a driving force that guides the governmental plans.

5 life Insurance hacks you must be aware of

Here’s a tool that shows your financial preparedness towards any eventuality, so that your family never loses its smile even when you are not around.

To help you continue celebrating your life post-retirement to the fullest, a tool that helps you plan for your retirement days better!

A holistic life planner that suggests the right amount of insurance and plans based on your unique needs.